When can we have our Luckiniums back?

Citizen
My understanding was luckys were nerfed because of an exploit. Like people were buying them en masse and farming zog crown bags? But eliminating the rare zog crown award solved that - done. So am I missing something? Is there another unresolved expoit involving luckys? I hope not because History of Pyrrus is grueling enough without crappy luckies

BRA Member
Royal Guardian
Characters
Zazie, Shiny, Skip, Auntie
Platform
PC
It's been nearly 2 years since I felt the need to use luckiniums to help make quest items drop faster....or pelts and leather. (Before Starfall, and before the addition of the boars to ranching, I can honestly remember using luckiniums while going out pelt and leather hunting for my hunter. (Haven't been short on leathers since I got all my boars maxed out! ) On a very rare occasion, I'll now use ONE charge of luckinium to help with a pesky Valuna quest item that refuses to drop. Otherwise, ALL of my luckinium are spent trying to get specific drop loot ONLY gear of an exact level, with an exact rune on it to drop.....A lvl 84 cure necklace rune, a lvl 76 lightning bolt rune....

Dungeons sometimes can help as a source of drop loot only gear, but the rewards ARE random, you have to be the exact level of the item you're searching for (if you're as picky about your gear as I am, at least), and it's at least AS annoying as drop loot hunting with a house perk (Hunter's Shack), treasure dram, elixir of luck, and countless luckiniums. And of course, you can NEVER find exactly what you're looking for in the AH! (I really wish there were a better way to connect players other than spamming looking for chat with countless posts advertising exactly what you're looking for...The last time I saw someone post on the forums that they were looking for Zorian crafting gemstones, for example, there weren't any posts answering their request. Not a good omen.)

But back to the original topic...I don't really see the need to keep luckiniums in their current nerfed state. If you want to alter them slightly so that they don't increase your chance of finding rare or epic items, that's fine by me. But at least adjust them so they give you more than just pelts, leather, silver, and temporary combat buffs! Luckiniusms should increase your chances of getting common and uncommon items to drop beyond just the usual "junk" you now get when you use them. There's enough RNG in the game with the gear system that the chances you're going to get the EXACT rune or item you're looking for to drop are slim to none.

that would probably mean more hell as far as farming gear however it would make looted gear for getting these and crafted gear for its stats.

Balderog said:
My understanding was luckys were nerfed because of an exploit. Like people were buying them en masse and farming zog crown bags?
Click to expand...

First I've heard of this, but how is this an exploit? If lucks were legitimately bought/farmed, why couldn't they be used any way people desired? Were they not intended to increase zog drop rates?

Packet said:
First I've heard of this, but how is this an exploit? If lucks were legitimately bought/farmed, why couldn't they be used any way people desired? Were they not intended to increase zog drop rates?
Click to expand...

The crown bag from zog case is a bot case not luckinium. The luckinium nerfed because of the zorian crafting stone. it's not really an exploit, but back when Zorian Marshland comes out you can get the crafting stones from salvaging dropped gear, at that time people were farming drops a lot using luckinium and so some people finished making those lvl 90 gears in a few weeks and some even in days, which would be impossible now. after that the otters think that luckinium is too strong and got nerfed.

I think what the otter did back then is a bit too harsh both removing crafting stones from salvaging drop and crafted gear (I think getting the stone back from salvaging crafted should be fine), and also nerf the luckinium it self from 10x drop to 5x drop. Not to mention at wellspring they make epic and legendary gather can't trigger bountiful gathering effect which already make it much harder to get. well may be luckinium is strong, but prior to that case it has very few uses that most player that have access to zorian marshland have lots of luckinium stocked. And as how things go now i think it should be restored to its previous state 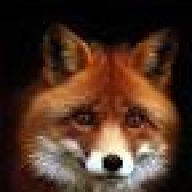 Squirrel
Characters
Mystic Fox
Platform
PC
It'd be nice if luckinums worked to help get the elusive scraps needed for the quest in Copse and Tombs (Unchained Melody? can't recall its name). I find those scraps rarely drop when you are at level and not at all when you are above level. All luckinums seem to do is increase how many leather/pelts drop and both items are plentiful enough in drops.
Reactions: Zazie

Myst said:
It'd be nice if luckinums worked to help get the elusive scraps needed for the quest in Copse and Tombs (Unchained Melody? can't recall its name). I find those scraps rarely drop when you are at level and not at all when you are above level. All luckinums seem to do is increase how many leather/pelts drop and both items are plentiful enough in drops.
Click to expand...

When i used luckinums i was getting a scrap or two but most of the time duplicates. I gave up on that quest.
Reactions: Life Spirit and Myst

Myst said:
All luckinums seem to do is increase how many leather/pelts drop and both items are plentiful enough in drops.
Click to expand...


Caraldor Loxana Luther said:
When i used luckinums i was getting a scrap or two but most of the time duplicates. I gave up on that quest.
Click to expand...

I have three toons who have picked up that quest. Only one of them has completed it, and technically she completed it twice (once before her first-ever rebirth at lvl 78 and once after.) Why? Because for the first year or two after that quest/zone was added to the game, the npc did NOT remove all of the completed scrolls from your inventory! Since that change, and since the luckinium nerf, a LOT fewer people have completed that quest. It's one that will literally take months to complete, and you'll probably still be working on it long after the zone has become all white for you. If Tomb scraps were changed to become quest items, they would undoubtedly become easier to find as loot drops. But then a different trouble would arise because the scraps would no longer be tradeable, and every character on your account who had that quest open would have a unique vault filled up with those blasted Tomb scraps! (I chose to draw the line at two of my toons, each dedicating at least half a vault to the stupid things. If my other two toons have Tomb scraps drop, they're either giving them to their sisters for storage/to hand them in for themselves, OR they're just giving them away, to be rid of them.)

And yes, luckiniums were nerfed a couple of years ago. You used to get more drop loot gear when you used them instead of just a mess of pelts and leather. I no longer use luckiniums for quest items. There's no need now, the way there used to be...not even for The History of Pyrrus quest.

Now, I exclusively use them when I'm spending hours upon hours, day after day, loot drop hunting (which is an activity which makes me very cranky and unhappy! Similar to what running the dungeons does to me.) For some of the items that I hunt for, sure, the dungeon might provide an alternative source, if I'm lucky (it's all about the RNG) and if my combat level happens to exactly match the level of the piece of gear I'm grinding for. (I refuse to gnog together three (or more) weapons of different levels! With the amount of sockets I spend on my weapons (when I max out all the slots for both passive AND active runes), I want my weapon to be exactly to my specifications! I may at some point change the base stats of a piece of gear, but after I've spent sockets on it, those runes are permanent!!)
Login/Signup
Scroll To Top
Top