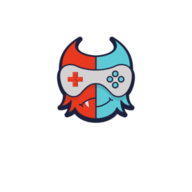 My idea was to actually improve my intros so that's a good feedback right there! I will make sure I think of some jokes like that to integrate in future videos! Appreciate it!

BRA Member
Platform
PC
I love music and the tempo, it really holds my attention and is interesting. Just wanted to add that the rebirth bonus lasts until you are the highest level you have ever been, not just until you are back to when you rebirthed. The way you have it stated might be confusing.
Reactions: Adricade

Hunter
Characters
Tiffa, Ruby Wolf
Platform
Android, PC
You might want to add that rebirthing should be done once you complete certain events:
LV 30 should wait until you have defeated Scamander and ended the First main Quest Line
LV 45 after you get the Master key to Travern Isles
LV 60 the 1st part of Pyrrus's History
LV 75 after you get the master key for Pyrrus
LV 90 Whenever you want (I haven't gotten there yet)
I know some of these areas you will go several levels higher than the minium level for each rebirth, but you do get to keep the XP bouns until you hit your previous max level. you will not have to do the grind for medallions again.
You then can also just do what quest you want to do and just hunt Bounty Bosses and explore other areas you may have missed before.
Reactions: Adricade

Great Adventurer
Characters
Ralther
Platform
Android, PC
Dully noted! I considered rebirth from the moment I immediately made the rebirth on level 30. But those are very good points I can integrate them in a future video. Thanks!

Great Adventurer
Characters
Ralther
Platform
Android, PC
I saw two webpages that have written the same thing about masteries affecting drop rewards and given that there were two different webpages I thought that its true. Thanks for that @Zazie I didn't really know that it was false info. Nevertheless made a good point for players to at least fill in their points right?! haha
Reactions: Zazie
Login/Signup
Scroll To Top
Top