We have long maintained a policy that we do not micromanage transactions between players, or intervene in village politics unless ToS has been violated.

The ‘raiding’ of community vaults, for the very reason that the items within them are considered community property, and available to individuals to take should they choose, we considered to be one which did not require Dev intervention -- especially since we added the safety feature some time ago which allowed villages to restrict access to all of their vault pages if they so desired. The decision was, and is, up to villages to determine how they wish to grant access to the community vault to their village members.

However, given the recent influx of players and the rise in conflicts of late, we’ve taken to adopting stricter measures in other areas, so we have now decided that this issue, too, community vault raiding, warrants a more aggressive stance. So we’ve created a new policy.

This policy is primarily aimed at the repeat offenders, those players who hop from open village to open village, raiding vaults for the fun of it, and merrily continuing to do so without fear of repercussions. There will now be repercussions. *Please note, though, that we still firmly believe it is the responsibility of villages to maintain their own vaults through the in-game safety measures put in place, and that Devs should not have to manage your village vaults for you.

That said, the new policy regarding community vaults is this:

If a community vault has been ‘raided,’ i.e, cleaned out of all its items, the village mayor must first make every effort on their own to contact the player in question to retrieve the items. If this fails, mayors may then submit a Customer Support Ticket. Please supply screenshots and include all relevant details in the ticket.

The player in question will automatically be banned for 5 days. HOWEVER, since misunderstandings do often occur given the different language barriers in our game, as well as the simple fact that brand new players don’t always immediately understand the customs of village politics, the banned player will have an opportunity to make reparations, and undo their ban.

Once banned, they will be sent an email notifying them of their ban and the reason for it. The player will be informed in the email that they have a chance to return the items or make suitable reparations. If the player replies to the email, and opens communications with us about the issue, and states their intent to make reparations, they will temporarily be given 24 hours to follow through. They must communicate with the mayor, as well as send us screenshots of the returned items, or items of similar value. Their ban will be lifted if the reparations are made in the allotted time. If not, the ban holds.

If the banned player does not communicate with us immediately following their ban, then the ban of course stays in place.

After the five day ban is over, if the player in question returns to the game and then does the exact same thing all over again, they will automatically be banned for 2 weeks. Since it is their second violation, they have now lost the benefit of the doubt, and will not be given an opportunity to have their ban lifted.

If they return after two weeks, and do it again, they will be banned for 30 days. (After that, the duration of the bans will be at our discretion.)

*Players who create alt accounts for the purpose of raiding vaults, and then sending the taken items/gold to their main accounts, will have BOTH accounts banned for a lengthy amount of time. (Or however many different alt accounts were created, in addition to the main. All will be banned.) The duration of the ban will also be entirely at our discretion


Our goal here is to reduce the conflicts of late. But as mentioned before, while we do believe there should be repercussions for those who are habitually robbing villages of their trust, we still strongly encourage -- and expect -- villages to use the safety measures put in place to protect the items in their community vaults.


And just as a reminder, all of these issues need to be handled through CS. Please do not publicly call out players or post screenshots with names. Please submit Customer Support Tickets.

Thanks, Everyone!
Reactions: Goldmund, Wizard of Odds, Good2DBone and 27 others 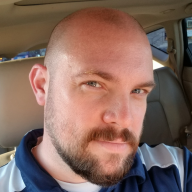 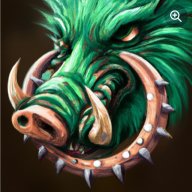 What is the Meaning of Player in Question? I don't Understand that Part.
At the 2nd and 3rd Part it Say if the player in Question Return their Banned Will Extend.
Reactions: Jim

Sultan said:
What is the Meaning of Player in Question? I don't Understand that Part.
At the 2nd and 3rd Part it Say if the player in Question Return their Banned Will Extend.
Click to expand...

It means the player who previously was banned for 5 days (or two weeks in the 3rd part).
Reactions: Sultan

BRA Member
Royal Guardian
Characters
Zazie, Shiny, Skip, Auntie
Platform
PC
I feel that the new policy is fair to all players involved and seems reasonable. Thank you very much for making this adjustment!
Reactions: Zlin 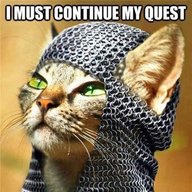 Huntress
Characters
ToughKitty, TKO1, Furrball
Platform
iOS
Thank you for the new policy. I understand that you don’t like getting involved in this (and you shouldn’t have to). What’s been happening lately with the MwaaHaaaHaaa troll has left a bad vibe in many regular players minds. I see regular players logging out to avoid the disruption. I thank you for doing the best that you could to curb this guys behavior. Personally, I think the Otters are being nice with the “light ban” and we can use lack of knowledge as an excuse although I personally think that they know exactly what they are doing (but that’s just me). We really do appreciate and thank the Otters.
Reactions: KatieElf Queen and LadieGrei

Mad Otter Games
Developer
@AirAmy222 - I sincerely believe that the MWAAHAAA guy will not be cackling in a few days time. New tech is being implemented as I type this. And I'd like to thank all of US3 for their support as we deal with this.
Reactions: Nadiria, Kitty the Hunter, Ildranach and 4 others 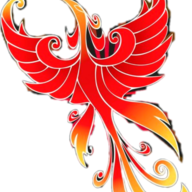 Sarah Otter said:
@AirAmy222 - I sincerely believe that the MWAAHAAA guy will not be cackling in a few days time. New tech is being implemented as I type this. And I'd like to thank all of US3 for their support as we deal with this.
Click to expand...

Just sorry you have to, taking your time away from doing other things, you are much appreciated.
Reactions: Zazie

Sarah Otter said:
@AirAmy222 - I sincerely believe that the MWAAHAAA guy will not be cackling in a few days time. New tech is being implemented as I type this. And I'd like to thank all of US3 for their support as we deal with this.
Click to expand...

Sultan said:
What is the Meaning of Player in Question? I don't Understand that Part.
At the 2nd and 3rd Part it Say if the player in Question Return their Banned Will Extend.
Click to expand...

Fais she is just saying if the banned person comes back and does it again . They will keep. Getting bannned
Reactions: KatieElf Queen and Sultan

Dyzzy said:
Fais she is just saying if the banned person comes back and does it again . They will keep. Getting bannned
Click to expand...

Majenta said:
It means the player who previously was banned for 5 days (or two weeks in the 3rd part).
Click to expand...

Thank you for the Info

Re: muahahahhaa dude (or dudette)- it's too bad he (or she) doesn't put their time into PLAYING *the* game instead of just playing games with the community. There sure is a lot of work being put in to being a scammer. In the meantime, our community just needs to be more vigilant.

Thank you Devs for addressing the issues. 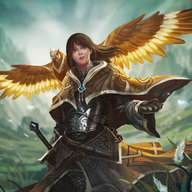 Legendary Hero
Characters
Lady Hawk
Platform
PC, Steam
I wonder if creating Troll1, Troll2 and Troll3 servers would help! Maybe they just don't know where their home is.....lol
Its so sad that the Devs have to deal with this.....keep up the great work Otters!
P.S. Hi Sarah! 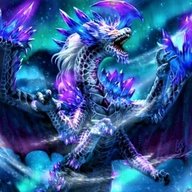 Great Adventurer
Characters
Lucas Crowalker, Akrix
Platform
iOS, PC
Also, What is the MwaHaHa troll guy doing? I don’t think I ever saw him on US1....
Login/Signup
Scroll To Top
Top