Merchant
Royal Guardian
Characters
Verrier
Platform
PC
Hey you... Yes, you! Wandering raiders of US2!
Seasoned raiders, new raiders alike, all of you!
Have you explore all of the raid area and the secrets within?
Come have fun while proving yourself and test your teamwork skill against other raiders on the raid tournaments!
Rules & Requirements
In order to participate in this contest, players must have a minimum combat level of 20 and have access to the necessary Raids in the tower prior to each round. Players do not need to have platinum tier unlocked.

We expect all participants to adhere to the following rules:
Teams
This Tournament will consist of blended teams with varying size depend on the sign ups
Each team will be balanced based on level to the best degree possible.
Rounds
Teams will compete for points across all 6 raids throughout 3 separate rounds. Each Round is comprised of 2 raid runs. Raids will be run in Platinum Tier (Might change depending on the sign ups) difficulty.
Process
The process of the contest is fairly simple.
Schedule
Below is the schedule for the entire Tournament (Using Ardent Time)
Each round go across multiple day, but you only need to be available 1 day for about 1-2 hour for each round. Available time slot below


Registration
You can register personally and also "request" a teammates which might be granted or not for balancing reason.
You can register by filling out this form Registration Form
Please register before Monday, August 31st. You can still register after the deadline, but there is no guarantee that you can get a team.

You can also register by contacting me at:
Forum: Giruv
Discord: Giruv#5257 (Verrier if you search my name on the game discord)
In game : Verrier

and tell me your character, name, level, dung level, and the timeslot you can attend
Points

Objectives and Points for round 2

Objectives and Points for round 3

How serious is this?
This event is for fun, not to be taken too seriously, but also don't grief others participant.

Do you have to be high level / well geared to participate?
So long as you meet the requirements listed above, you are able to enter. Players of all caliber are encouraged to join! Please, do not let your level nor gear dissuade you.

Is signing up a commitment? What if I have to cancel?
While we do expect participants to try to arrive in time for their run, we understand that pressing concerns may draw them elsewhere. If you need to cancel please inform your team and the event coordinator in advance if possible.

Can I sign up with multiple characters?
Only one character per person is allowed entry.

Can I show up impromptu?
Yes, you can. Although this will not guarantee you a slot on the team, if a member of the team fails to arrive, players from the crowd may be selected to fill in.
Do share your thought and suggestion!
Reactions: Eguzki, 黄天大佬, Kitty the Hunter and 4 others

Mad Otter Games
Developer
I'm so excited for US2 to be doing this event! (I updated the original post with prizes.)
Reactions: Heykathster, Giruv, Zaphyra and 3 others 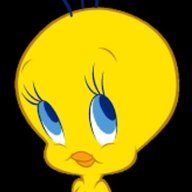 Great Event! It takes a ton of commitment, time and planning to host this one.
I know everyone will have more fun than ever anticipated.
Good luck to all the teams.

And as always a big thank you to Otters for supporting this event.
Reactions: Heykathster and Zaphyra

Merchant
Royal Guardian
Characters
Verrier
Platform
PC
Team and rule for round 1 has been posted here. Players can still register, but there is no more guarantee you'll get a slot in the tournament.

Since we're lacking healer, I'll be healing for both group. I won't attack and will only follow the party leader only in case the group split up. Thank you!
Reactions: Heykathster 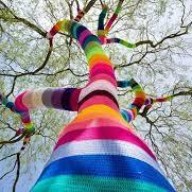 Squirrel
Characters
Kaasan, Heyboo, Daanger, Ok Bumi
Platform
iOS, PC
Thank you for doing this ver! It will be hard omg. Xoxo and thank you for great prizes too!!
Reactions: Giruv 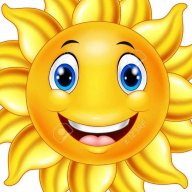 Merchant
Royal Guardian
Characters
Verrier
Platform
PC
Points from round 1 and objective for round 2 is up Here.

Some Clarification about the rule:

Merchant
Royal Guardian
Characters
Verrier
Platform
PC
Sorry for the delay! Points for round 2 and objective for round 3 is up here! Only 1 more round is left and team 1 is in the lead by 113 points! Both team can still win and it has been a tight race! Team 1 proved them self with their ability to squeeze points from complicated objectives winning at Flooded Cloister and Mulgrew Swamp, While team 2 proved themselves with their efficiency finishing simple tasks and tidiness of the run witch score them fewer deaths, winning at Bandicott Woods and Bellamere Palace. There is still the final rounds it's still everybody game!

Merchant
Royal Guardian
Characters
Verrier
Platform
PC
Hey Everyone with this the Tournament is over and we got our winner...
TEAM 1 !!!
Kaasan, Heidrun, Pawwars, Kish, and Assassinxx!

Congratulation Team 1 for winning the tournament and to the runner up team 2 for the gallant effort! It was a great and close tournament, each team winning 3 raid zone each, just that team 1 manage to squeeze in more total point to make a difference. It was a great smooth tournament overall, until the last round where hiccup start happening. Still I'm having a blast seeing everyone suffer in my designs, Thank you for participating!

Ps: really sorry for the delay, I'm trying to make a highlight video and want to try make the result and the video uploaded the same day, but the video editing took way longer than I anticipated, probably gonna take till next week, so I decide I'll just get the result out first before it takes too long. I promise I wasn't trying to run away with the prize
Reactions: Eguzki, Mynyari, Anthem and 2 others 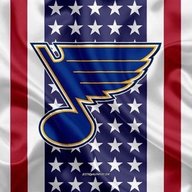