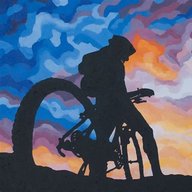 Jack Of All Trades
Platform
iOS
Hello! I recently came across this game after needing to RUN AWAY from Raid Shadow Legends. I heard the community here is awesome and there’s no PvP so here I am. Haven’t played a MMORPG in ages! When I played WoW (lifetime ago) I liked playing as a tank or healer so that’s how I ended up as a Water Shaman. Currently a lvl 18 and running on US3 with no idea what I’m doing. I want to be able to solo and be able to contribute as a solid support/healer when running with others.

Enough of my rambling. I welcome any recommendations and appreciate any help!

Villager
Forum Moderator
Platform
PC
First of all some general advice that suits any class.

In general it pays not to spread your talent points too thin. Focus on completing a talent and earning the ultimate rather than scattering points around. Your character will grow stronger faster that way.

Secondly, craft gear for yourself, or ask some one to craft it for you. At lower levels you don't necessarily need 5 star gear, but crafting enough items to get 3 or 4 is a worthwhile investment.

The best gear of all is usually a mix of crafted, dropped and elder gear, but personally I always have crafted items as the base, onto which I add runes from elsewhere. I wouldn't be a too big a hurry to use sockets for gnogmenting early on, but don't let others tell you "not to use sockets till level 70" or suchlike. Use them when you feel you need them. Personally I usually gnog extra feats on my weapons at least even at low levels.

Now to be more specific to water shaman.
First of all, get Earth Shard on your weapon. Yes, it's an Earth Feat, and a drop at that, but it's simply too good not to have the heavy damage. Water Shaman's one weakness, especially early on, is the lack of a big hit - Earth Shard gives you that. The disadvantage of Earth Shard is it's relatively long cooldown, so I personally keep it as a "get out of jail" tactic. Next I would recommend water whip and healing waters, with water bolt as well if you are willing to spend the socket.

For talents I would recommend torrent, mana spring and riptide, in that order. Max each then move on to the next. Windfury from the wind tree is also very good, and fresh air and Totemic power as and when you feel you need the extra health or mana.

Others will no doubt give different advice, particularly for once you get to higher levels and have the extra talent points from rebirths etc, but I think this will help you in the early stages.

The glyph abilities you mention are indeed from gear, and are unfortunately at the mercy of rng, but personally I would aim for blasting (especially if you are putting points into Riptide) and I happen to like poise, but that's just me. Pretty much all of the stats are good, which ones are best for YOU depends entirely on your playstyle.
Reactions: Joleen and Kookaburra

Jack Of All Trades
Platform
iOS
Much appreciated, Majenta! I will try to track down an Earth Shard and go from there!

Jack Of All Trades
Platform
iOS
I obtained a weapon with an Earth Shard at the AH for cheap that’s above my level. Are runes attained/applied via gnomenting or is there another way to take and use runes from items? Can I “stip” a rune from an item to be applied onto something else? Is that essentially what gnomenting is? Would that essentially apply to what you said about adding runes from elsewhere? I’m at the point where a few items that I can craft are better than what I have but their runes or additional stats are not as good. Is it safe to assume that will change as my crafting reach higher levels?

Villager
Forum Moderator
Platform
PC
Gnogmenting is a means of combining runes onto one weapon yes. The problem is the weapon will have the level of the higher level weapon used (so in this case your axe would become whatever level the axe with Earth shard on it is).

The trick is to craft a few items, then take the runes you,like from those and from drops or elder gear and combine all the runes onto one item which has the stats you like. The more times you make an item, the better quality you get, up to a max of 5 stars. Higher star rated items will have better stats and runes (in general) than lower star rated. So make quite a few (to get the star ratings) and keep the ones which have runes you like, salvaging or just selling the rest. Once you have a good "base" item, add the runes from others through gnogmenting. Note that gnogmenting more than three feats on a weapon will cost a socket. Generally it is best to use sockets very sparingly at lower levels, because you outgrow the gear so quickly, but even at low level a 4th rune can help a lot on your weapon. Keep any gnogmented and socketed weapons for rebirth. Personally, I start completely from scratch creating new gear every ten levels or so (at lower levels) and every 5 levels later on.

Gnogmenting can be a little tricky to get the hang of at first, so I strongly recommend going Ginny's quest (in summer's hollow) and practising with some low level "trash" weapons before trying to gnogment your main weapon.
Reactions: Sinjin and Flat Cap Kenny
Login/Signup
Scroll To Top
Top