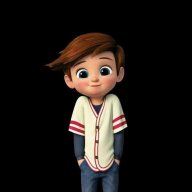 Servant of Mallok
Characters
Argus Jessengith, Argus Shadow, Argus Skyhawk
Platform
Android, PC
Is there any eta on the fix? We really need the caliph side fix for ez. Just today morning a 95 level player solo the caliph even when the players are saying they are on the way. So it's not going to solve without the update. 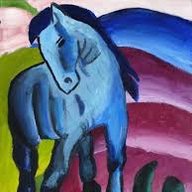 Ize said:
On EU1 the EZ crashed on Saturday morning, and ever since the pharaohs respawn in around 5 minutes. Many of us found this a very welcome change because the bounty/echo system prevents excessive farming, and the ready availability of bosses limits the players gathering to kill them, making the lag manageable.
Is it possible to keep the respawn time short, like this?
Click to expand...

A shorter respawn would be nice, especially for Okyris. Yesterday he respawned more or less on schedule, so without an alternative a big group of players gathered to fight him. Many players don't understand the mechanics of Okyris and his light runes and even though we've tried to explain how to go about fighting Okyris very many players died.
The reasons were:
People not understanding the mechanics.
People not reading the chat.
People not caring about the mechanics: in this case a super op warrior who just remained stationary during most of the fight, forcing other melee fighters to try and get to Okyris through a sea of flames. When after the fight we said it'd be nice to kite Okyris away from the runes the warrior just said "Never mind"
You need a group to kill Okyris but I'd rather not fight him in a huge disorganized group again. Smaller groups would mean that inexperienced/new players can pick up the tactics by watching, even if they don't read or understand advice given in the chat. And those who prefer to stand in the fire runes and mindlessly bash the Pharao till he goes down can do that without endangering other toons.
Reactions: Karen Souldancer, Argus and Catori
Login/Signup
Scroll To Top
Top