Need help with my rebirth

Master Cook
Platform
iOS, PC
I think I did something stupid, which was to skip the main quest line. I got all the elders including Pyrrus and passed over all quests from Bevyn’s onward. Now I cannot access the 80 elders or the 85s. How far back will I have to go to reconnect with the quest line? Since there were no lumineers in the Rye, I guess all the way back to Bevyn’s?
Thanks for any advice. 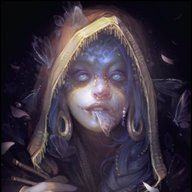 Squirrel
Characters
Hallee/Freyra
Platform
iOS, PC
Did you talk to the guy right at the beginning of rye? If not try that. That’s where that quest starts there. If he doesn’t do anything you might have to start in bevyn I could be wrong thoe.

edit: I’m assuming you’ve done all the quests in bevyn atleast once, right?

Great Adventurer
Royal Guardian
Characters
Athon Dawnfire
Platform
Android, PC
At lvl 79 you can start the lumineer's main quest in lady's lake, no need to do others before
Reactions: Zazie

Master Cook
Platform
iOS, PC
Thanks for the responses.
There were no people who would talk to me in Rye. Yes, I have done all the quests in all the zones up to Blight. (and some of those, too).
I’ve forgotten what happens in Lady’s Lake with the lumineers, but I’ll check. I hope that Bevyn’s will be able to be bypassed.

Simplicity said:
There were no people who would talk to me in Rye.
Click to expand...

The npc is just outside of Rye, by the portal in Ladys Lake, near the dock. Once you've talked to the npc outside of Rye, the main questline will ask you to talk to one of the npc's just inside the zone, near that portal. (Gibraltar, I think. If not that npc, then the one standing next to it.)

And yes, if you haven't redone the main questlines in Bevyn's and Copse, then you'll need to wait until you're level 79 combat before that npc will talk to you. (If you've completed those main quests since your latest rebirth, then you only need to be level 78 combat.)

Master Cook
Platform
iOS, PC
Awesome, thank you. I’m lvl 86 so it should be no problem. I appreciate everyone’s responses.