Moderators should be faceless

Squirrel
Characters
Layla Littlenymph
Platform
PC, Steam
Thank you. I am glad to see we are done with pouring water from one cup to another as it has little to do with the original topic presented in the OP.
In fact, I don't believe I have seen a post relevant to the OP in the last several posts. How about we give the OP the respect it deserves by returning to the original topic.

However, if the idea is implemented... I think the easiest way to do it, would be to have all current Mods keep their current Player names and just change their Moderator names. This way they may still keep in touch with their friends in-game, but they'll be anonymous when they're moderating.

I like the suggestion for: Otter Mod 1, Otter Mod 2, etc. 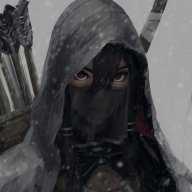 Bog Frog
Characters
Amandiell, Wookester, Ilta
Platform
PC, Steam
Mods being in the community actually doesn't make sense. Being a mod is a job (at least as much as I'm aware of) so why would they need to be part of the community as a mod? Hypothetically speaking, would any of the devs play with their dev name if they want to play the game? No, they'll switch to an anonymous account and play there. The dev account exists for when they're hosting an event or when they want their presence to be recognized (unless they've forgotten to switch )
So i do think mods being anonymous is a good idea, although not sure how they're gonna stay anonymous cause players of each server know who the mods are. That's all my braincells for now