Two things I think would make a lot of sense and help players in their adventures:

1. Armor/Weapon Spec Epic Success Chance:
I find it rather completely frustrating at times that after I have 5 starred (30 items) an item that my success chance of an epic could be the first item after 5 star (item #31) or 60 more (item #90... I've literally had this happen to where my first epic item was number 93). Why does my crafting skill level not affect my success chance at an epic item? Let's say I'm level 90 trying to make an epic lvl 89 pair of boots; it makes sense that it might take 10-20 tries. But if I am level 90 trying to make an epic pair of 29 boots it should be rather easy/high chances of making that epic item. It just makes sense and leaving it all to RNG is just evil

2. EXP On/Off Option:
It would be nice if i could turn my exp off in trade of like 10% loot boost (luck/magic find). Just for the sake of trying to farm for items that i intend to gnogment as well as those who are trying to NOT level up for various reasons (such as trying to get elder boss essences at lvl 31 without leveling to 32 so I can turn them in for a lvl 31 elder sword that I want to gnogment with a lvl 31 crafted weapon). Why not? A margin of like 10% wouldn't upset anything (hardly noticeable even but still there) and allow a little more control over your goals. Maybe even a slider of xp % vs loot % so I could only gain 50% of my exp for an exchange of 5% extra magic find/luck?

Thanks for reading!
Reactions: Deri, Zaphyra, Qubit and 2 others 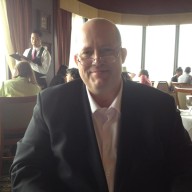 Citizen
Platform
iOS, PC
These seem to be excellent ideas!

Servant of Mallok
Characters
Rogg the Orc, Sir Rendlesham, Frik
Platform
iOS
Again, i stand by this statement on the RNG.. I just made 53 tunics after being 5 starred and still no epic. This makes me want to throw the phone across the room. PLEASE look into this and consider SOME fix!!!

Reader
Royal Guardian
Characters
Mutsie, Undertow, Susurrus, Jools
Platform
PC
As much as I agree with you on how frustrating RNG is, please put down your phone and throw something else across the room, and make sure not to hit any living creatures, unless you are throwing pillows.
Reactions: Zaphyra
Login/Signup
Scroll To Top
Top