Adventurer
Royal Guardian
Characters
See Signature
Platform
PC
Disconnecting during a Dungeon run can be a frustrating experience. All of your time and buffs are essentially wasted as your character is teleported to the start of the zone.

However, dying upon disconnect wasn't always how the system worked.

I suggest that we revert to the old system specifically for dungeons. So, when a player in combat disconnects mid-dungeon, they will appear in the same spot when they log back in. This will enable them to catch up to their group and finish the run. In other zones that aren't dungeons, the current system of dying upon disconnect can remain as is. I don't foresee players abusing this in dungeons as the timer limits the extent of that.
Reactions: IrishElf

BRA Member
Royal Guardian
Characters
Zazie, Shiny, Skip, Auntie
Platform
PC
How about reducing the disconnects instead? I haven't run the dungeons often, but I've mostly run with groups of about 10-12 (and our group has been the only one in there.) I've seen very few disconnects, and when I do see them, it's always people who already have connection issues with the game in general. If you're running the dungeons with large groups of people and/or while other groups are in there, and are seeing lots of disconnects under these circumstances, perhaps the dungeons are struggling to keep up?

Yes, I agree with your point about the timed system preventing abuse. However, I still would suggest making an exception a last resort. I feel that it would only overly complicate things and doesn't address the underlying issue, which is the disconnects themselves. 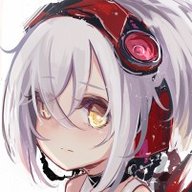