Great Adventurer
Royal Guardian
Characters
Athon Dawnfire
Platform
Android, PC
I'm just wondering how people feel about the random nature of crafting. Do you enjoy the current system, where it is completely random what stat combination you end up with? Or would you prefered if you had more or even complete control over it? If so, how would you change the current system, and the item material requirements?
Reactions: Tareco

Reader
Royal Guardian
Characters
BashaDrake, Elmeti, Knytro
Platform
Android
I think we should have control over the Stats, especially if we go to the effort of getting the Spec. I can see having RNG for things like base damage, and perhaps base stats. But as you improve the skill the window for RNG should shrink. A Master Weaponsmith that has 5 starred a particular weapon and made 1000 of them should have a much higher chance of rolling max stats, rather than it being just as random as the first 50 times he/she crafted the weapon.
Reactions: Deri, Massakari, Kitty the Hunter and 1 other person 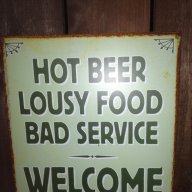 Jack Of All Trades
Characters
Zorlanda, Lenada, Jalandra, Zorlan, Yuju, Queen of Darkness
Platform
iOS, PC, Steam
I suggested not long ago that we could have rare drops that allow us to change the stats on a crafted item. It could be a different drop for each stat. Also, these drops should be tradeable although I can't see anyone wanting to buy the drop that changes a stat to vigor!

BRA Member
Royal Guardian
Characters
Zazie, Shiny, Skip, Auntie
Platform
PC
TBH the randomness of the base stats of crafted items bothers me a lot less than the RNG involved with their reinforcement runes!! With the base stats, I'll just focus on getting one or two of my desired stats on an item and then use reinforcement runes to tweak my build. It would be insane to expect that I could get an exact combination of the four different stats I most desire on an item. What drives me crazy about crafting gear is when I have to make a piece of gear up to 110-116 times before a blasting rune rolls, or a magic find rune rolls, or a beserk rune rolls.

Where I would like to have more control is with the chances of getting a specific reinforcement rune to roll, not with the base stats of the item itself. RNG in crafted gear definitely should NOT be eliminated entirely, but what you gain more control over and how you would go about it (and whether it's only armor/weapons masters who have the ability to use this control) is up for discussion.