Any Roleplayers who play Villagers and Heroes? 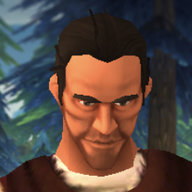 Hunter
Characters
Reedshaw
Platform
iOS
I am new player and having played multiple mmorpgs that mostly have dedicated roleplaying communities or groups I was wondering if there any for this game? I am playing on US3 server.

Also do we have players who would be interested in indulging in to Roleplaying their in game characteres?
Reactions: William Hououin

I would be more than open to create a rp community.

I am on US3 too, same name as here
Reactions: Reedshaw 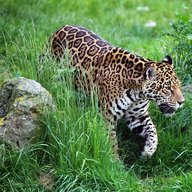 Adventurer
Royal Guardian
Characters
See Signature
Platform
PC
I role-play... internally. I have one of each combat specialization, so I like to imagine them with their own personality traits, backgrounds, color palette, mount styles, outfit choices and more. I've always wanted to have one of my characters be a mercenary for hire. Players could hire him to assist with elders, bounty runs, quest sessions and more. I figured that would create some backlash with the community though, as it is frowned upon to pay for services such as these. Still, the concept wasn't really for the money but for the role-play aspect of being a mercenary for hire.

Maybe have a merchants Guild or a 'Guild of Guides' type Guild that assists new players or trains them with the fundamentals of V&H knowledge. Perhaps be a project builder - I was part of a building team when I played on US1, and we would rotate for village to village as mayors would contact us for our services. It was a lot of fun - there's plenty of opportunity for role-play in V&H. 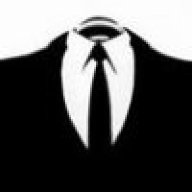 BRA Member
Platform
PC
Bah...I once knew of a so-called "mercenary" who helped those in need. The dirty scoundrel's payment was watching my death in the green pools of the Blighted Bastille as his laughter echoed the halls.
Now that I am no longer wobbly from that fateful day, my bow is ready to launch my arrow between his eyes should I ever see that wretched soul...either that or a Stinky Egg will be in his future.
Reactions: Mutsie

Adventurer
Royal Guardian
Characters
See Signature
Platform
PC
Hahaha! At least there are a few dozen other heroes laying in those pools to keep you company. Maybe you can form a support group with the ones in Sanctoriums lava pits!

I'll be forever on edge worrying about my little half visible ginger coming for revenge.

Good to see you around pal

Hunter
Characters
Reedshaw
Platform
iOS
Nice to see the interest is there. I was hoping maybe we should start with an ingame location serving as an RP spot where roleplayers can gather randomly for RP maybe weekly RP events can also be done. Is there a Tavern or some place similar?

Priest
Royal Guardian
Characters
William Hououin
Platform
iOS, PC
So I took screenshots of places I think would be great for a role-play hub

I want to avoid main cities, to not annoy people who are not into rp

So, here’s where we could do some random rp

Ardent castle
Maybe not that room, but there are many rooms like that

Vinton could be great too

If you have other ideas, I am interested to hear bout it

Hunter
Characters
Reedshaw
Platform
iOS
I am new to the game and havent visited all of the locations yet. Just marigold harbor and Ardent..I think Castle and Bar at traders path look like a good place for RP. I think we should do some sort of RP event weekly to get people from involved in it.
Reactions: William Hououin 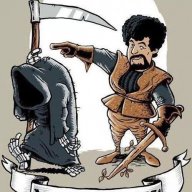 Jack Of All Trades
Characters
Synsamia/Miso Wong/ Nozno Wong
Platform
iOS
I’m game keep me posted on RP hub. I’m also on US3. Synsamia , Not So Sure, and Nozno Wong. I’m very active player and would love to do some role-playing.

Grand Priestess
Platform
Android, PC, Steam
I have done some casual rp in a game and some not so casual RP on a forum. and I have a friend that does a lot of RP both IG and on Forums (he was the master of the Forum RP I was involved in) 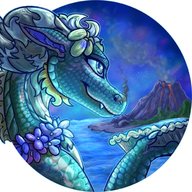 Hero
Platform
Android
I am new to the game but would love to be a part of the RP community!

Priestess
Platform
Android, PC
I RP, am new to the game but I have it both on my mobile and my PC. Just figured I'd leave something here in case the rp community was active (US3 btw)
Login/Signup
Scroll To Top
Top